Thank you for a job well done.

We don’t usually cross-post full Facebook posts to the website, but we’re making an exception for this one. Thanks again Jim for helping to chronicle that last five years and helping to spread the word about the Pajama Factory. Best of luck in all your future endeavors. We’ll see you around the campus.

Today is the last day of 2016, a fitting time to pair a goodbye with a hello, I suppose. My name is Jim O’Connell and I’m the person who’s been the “Facebook Voiceâ€ of the Pajama Factory for the past five years or so. (Nice to meet you all. :-)). But as I mentioned, this is a goodbye of sorts, as this will be my last day posting for the Pajama Factory.

I hope you’ve enjoyed what I’ve been doing here. I’ve had a lot of fun both writing about what goes on here, taking pictures and hoping to present an upbeat and accurate representation of an absolutely amazing group of people: the tenants and artists, craftspeople and businesses here at the Pajama Factory.

A Creative Community like the Pajama Factory really is an amazing thing to have here in Williamsport. Let me explain why it’s important, as I see it. I grew up here, but left in 1984, returning a couple of times a year at most. By 2010, I’d been living in Tokyo for a decade, but my mother now needed more help and it was time for me to come back to a town I’d thought I’d seen the last of.

I wasn’t happy to be back at first, but I soon learned that Williamsport had changed a great deal over the past 30 years. There was no appreciable art scene in Williamsport in the 1980s. Downtown was a grim place back then and â€œMillionaires’ Rowâ€ seemed beyond hope of ever revitalizing.

I explored town again and was pleased to find it full of life and hopeâ€”good shops and restaurants and a modern coffee shop alongside old friends like Otto’s and Plankenhorn. Millionaires’ Row was looking better than it ever had, I’d wager.

People kept telling me that I â€œshould check out the Pajama Factoryâ€ and I eventually did, reluctantly riding my bike into the courtyard in May of 2010 and meeting Chad Andrews, who, within minutes, had me convinced that something worthwhile was happening here. (He has that effect on most people who meet him.)

For me, the draw of big cities has always been to be around creative thinkers â€“ to be able to talk to people who think about things and get excited about Ideas. It becomes a very tangible thing, a â€œCurrency of Ideas,â€ if you will, the lifeblood of creativity. This old factory somehow has it, in abundance. Ideas and creativity bounce through the long, maple-floored halls, held in by the bricks, warmed by the perfect light captured by our remarkable windows.

I could go on waxing poetic about the place, but, if I’ve done my work over the past five years, you already know all of that. Let’s look forward to 2017, shall we?

I’ll be staying at the factory, of course. In the new year, I hope to expand the work I’ve been doing with my students, young and old, to share my love of technology. I’ll still be getting my orders of parts from ShÄ“nzhÃ¨n delivered to Way Cool Beans, from which I’ll continue to build my crazy gadgets.

Thank you all and Happy New Year!

Comments Off on Thank you for a job well done.

Great write up in Thursday’s Showcase Section of the Williamsport Sun Gazette about the 5th Annual Blues Bash happening tomorrow, Wed 12/28 at 6pm here at the Pajama Factory!

You can learn more about the performers and this fundraising concert event for Factory Works at pajamafactory.net/bluesbash.

Growing up, you probably remember the very official radio and television reports from NORAD, the North American Aerospace Defense Command, tracking Santa’s progress around the world. Now, of course, kids can track him on their smartphones by visiting http://www.noradsanta.org with realtime updates of his precise location, but did you ever hear the story of how it all began? Well, grab a plate of cookies and pour yourself an eggnog and give this heartwarming Christmas story a listen.

Here at the Pajama Factory, we’d like to wish all of you a joyous and safe Christmas. Again this year, thank you for making us a part of your creative life! It all started in 1955, with a misprint in a Colorado Springs newspaper and a call to Col. Harry Shoup’s secret hotline at the Continental Air Defense Command, now known as NORAD.

Comments Off on Season’s Greetings

Congratulations to Lisa and the Williamsport Community Kitchen

Ready to join the kitchen? Go to our webpage at http://www.andrushospitality.com/williamsportcommunitykitchen/ for details on how to join.

Check out the EVENTS page for the next ServSafe Manager Certification Class too!

Comments Off on Congratulations to Lisa and the Williamsport Community Kitchen

Start your New Yearâ€™s Eve festivities off right with one of Williamsportâ€™s biggest celebrations in town!

A silent auction and a portion of the proceeds will directly benefit Factory Works, a local 501(c)(3) organization whose mission is to provide the Williamsport community with resources for nurturing artists and innovative thinkers to ignite a spirit of creativity that enriches our entire community.

Produced by the Pajama Factory and Enduring Star Productions.

Keep Christmas close to home this year, by giving gifts that were made in Williamsport, by your neighbors.

Equinox has their factory right here in the Pajama Factory and has a great group of local folks keeping busy making great products. Use the code HOLIDAY20 for 20% off!

Comments Off on 20% Discount at Equinox

As you may have heard, Luke Yocum, an artist who lived for a time in Williamsport and who had a studio at the Pajama Factory, passed away the other day in New Orleans. Luke was vivacious and colorful, like his paintings. He will be missed.

Please consider making a donation of any amount to help his family bring him home and lay him to rest. 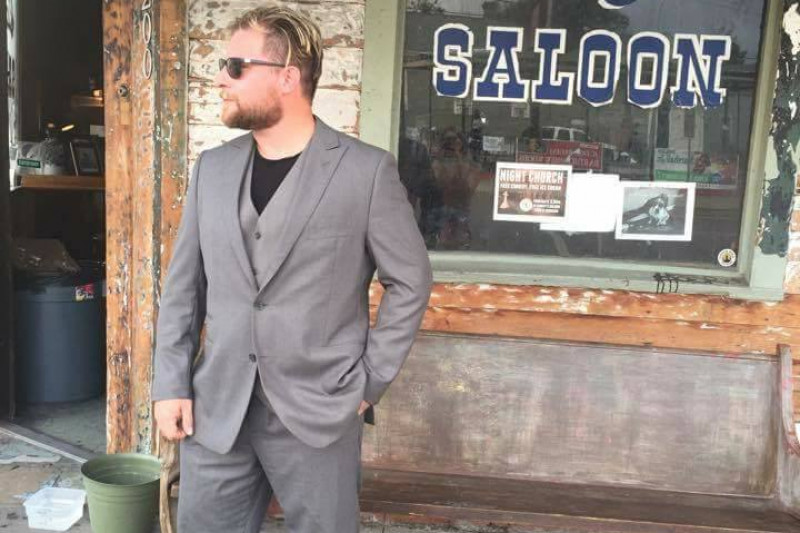 My brother & best friend passed away on December 15th. He was only 35 years old and resided in New Orleans Louisiana. He grew up in a rural Pennsylvania town but always had big city dreams. He spent the last 17 years of his life living by the brush as a starving artist. The world will seem quite plain without his talent & creativity.

Comments Off on Luke Yocum

Christmas is getting so close that even FedEx won’t be able to bring last-minute gift in time, but Todd at Way Cool Beans will help you out!

Comments Off on Need a last minute gift

Now here’s some truly exciting news: Just got word that Real Taste Catering will be setting up at the Pajama Factory every Saturday!

Many of us got our first taste of Real Taste Catering at the 7th Annual Holiday Market last weekend and there were some great dishesâ€”this will truly be a welcome addition to weekends at the Pajama Factory, so come down and show your support!

Comments Off on Good News!