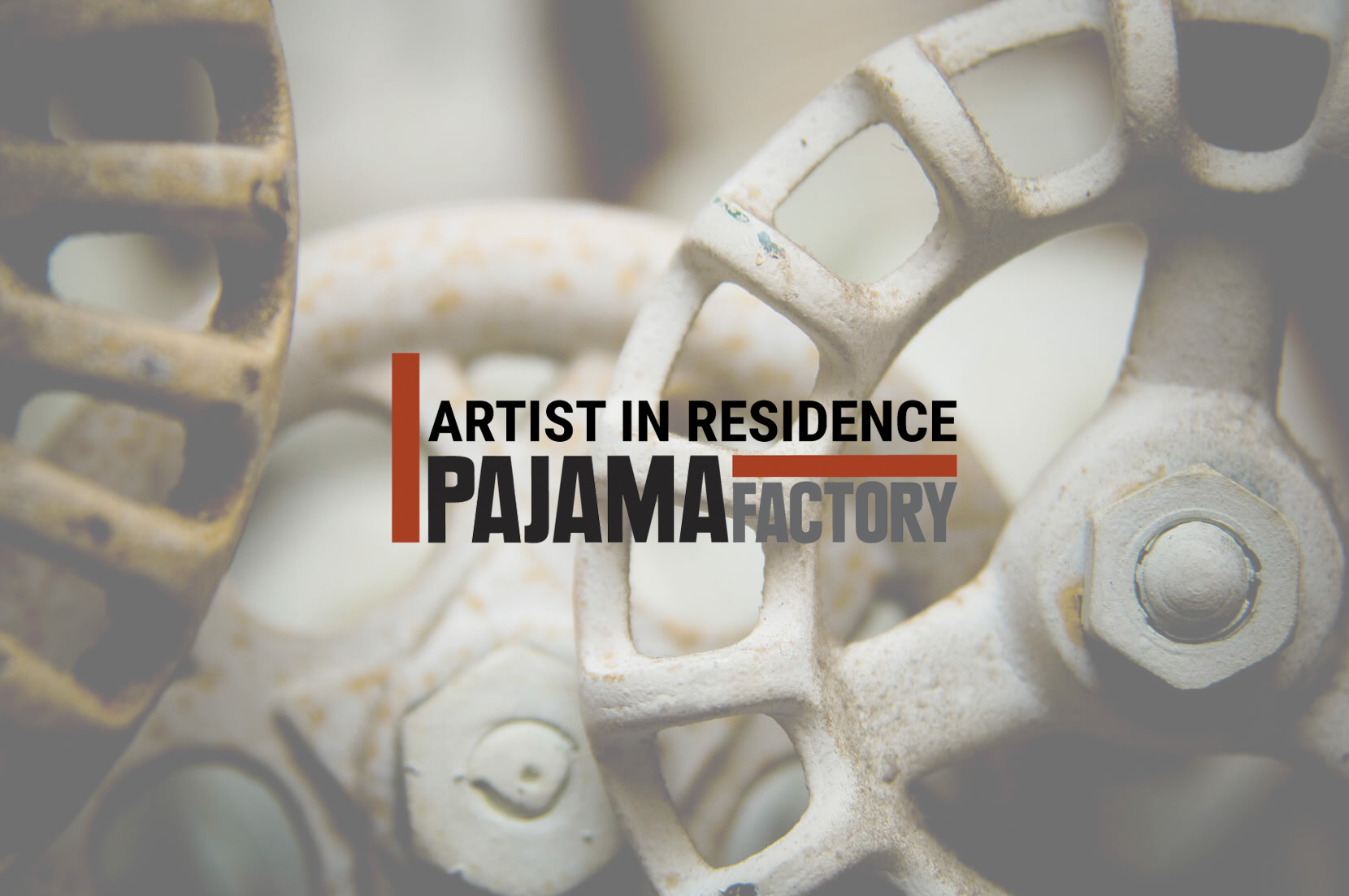 We are thrilled to announce the Pajama Factory Artists-in-Residence for this year.

Kay Leigh Farley is an assistant professor in the Department of Art at the University of Nevada, Las Vegas. She received her MFA in studio art from University of Tennessee, Knoxville and her BS in Visualization from Texas A&M University. Her work utilizes video, new media, and narrative to reveal hidden realms and communicate abstract truths. Farley has exhibited and screened work at venues including The Wrong Biennale, The Knoxville Museum of Art, and Co-Prosperity Sphere, and is in collections in the United States and Brazil.

Rachel Cualedare is a poet and translator who teaches Asian humanities and writing in Central Pennsylvania. She moved to Williamsport from Philadelphia in 2017.

Rowan Leigh Shaffer is a recent graduate of Bloomsburg University of Pennsylvania, where they majored in Fine Art with concentrations in Fiber and Printmaking.  Rowanâ€™s artwork has been featured in a number of local and regional venues, such as The Gallery at the Greenly Center in Bloomsburg. Their latest show, Ceremonial Sacrilege, featured work that explored and broke the boundaries between traditional printmaking and fiber, drawing on the memories of home and the natural world that so fascinate us as children and nestling themselves on surfaces that both beckon and reject touch. Rowan is from Carlisle, Pennsylvania, and currently resides in Bloomsburg.

Sarah Foster is a graduate from Bloomsburg University, with a Bachelors in Studio Art and triple minors in French, Chinese, and Art History. Her studio concentrations are in Drawing and Printmaking. Her focus lies in the waterless Lithography process, producing traditional illustrations. Her artwork has been featured in various exhibitions, including her solo show, DÃ¶chas, at the Greenly Center Gallery. She plans on returning to college to continue studying language and art. In the meantime, Sarah plans on developing a more well-rounded skill-set to work in a public studio and will further explore Waterless Lithography.

Sheilagh Weymouth – writer, dancer, singer, classically trained, multiple award winning actress, a 1986 graduate of the Neighborhood Playhouse School for the Theatre – is based in NYC, working in film, TV, theatre, voiceover and print. Sheilaghâ€™s ridden camels, danced with Maasai, swum with sea turtles, has sat with mountain gorillas and men with guns, spends time with shamans, makes good medicine, and has been in love with videographer/filmmaker Cayce Crown since 1987, whom she married at NYC City Hall 12/31/2015, because she finally could. Kindness and humor chronically vie for first place on Lifeâ€™s List of Whatâ€™s Important.

Sigfried Aragona is a 22-year-old drag artist local to Williamsport. A self-taught drag queen, Sigfried has been practicing female impersonation through makeup, wig-styling, designing, and performing for one year as the beautiful, eccentric, Mandy Mango. Mandy pushes the boundaries of art and gender with her Charisma, Uniqueness, Nerve, and Talent. Whenever sheâ€™s not gagging her audiences with sickening deathdrops, Mandy Mango is working as a sexual health nurse and clinical case manager at AIDS Resource (in a little less drag). Mandy endeavors to blend her drag artistry and nursing intellect to address health concerns and disparities within the LGBTQ+ community.

Sophie Najjar is an artist who lives and works in State College, Pennsylvania. She received her BFA in Drawing & Painting and BA in Geography at the Pennsylvania State University in 2017. She attended Heima Art Residency in Seydisfjordur, Iceland in Spring 2018. A lifelong resident of Central Pennsylvania, her paintings are informed by observations of this place; the fervor of Penn State football, the bleakness of gray winter slush, and the lushness of July cornfields.

Comments Off on Annoucing our 2019 Artists-in-Residence