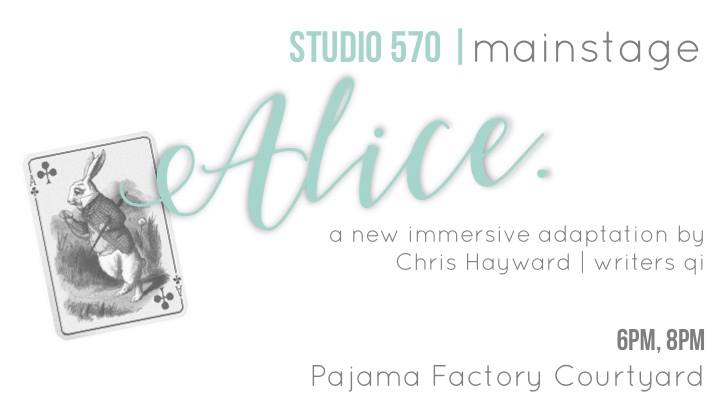 Studio 570 presents a kid-friendly, immersive, theatrical production. This new adaptation of the Lewis Carroll’s classic of Alice in Wonderland, was written by Chris Hayward, Writers Qi.

This is a traveling performance beginning and ending in the Pajama Factory Courtyard with a trip to the 4th floor via the elevator in the middle.

Limited number of tickets available for each performance. Tickets can be purchased in advance at the link below: https://www.artful.ly/store/events/12088