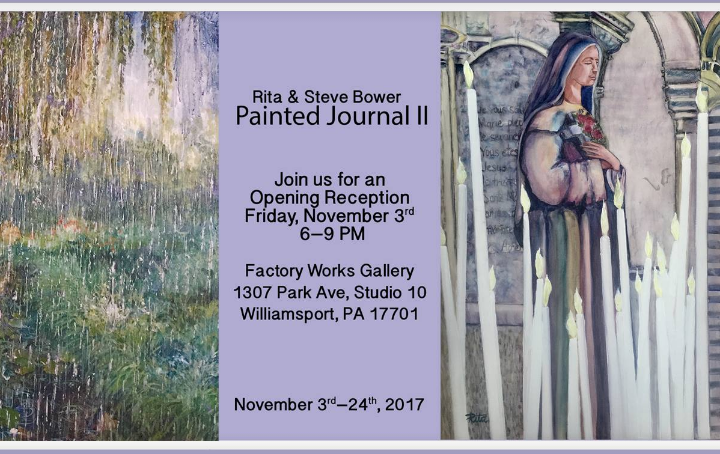 The Factory had been doing shows in the gallery for several months when Steve and his wife Rita approached the director regarding a two-person show, which was scheduled for the month of November. Additionally, they have accumulated a number of pieces of themes they developed while traveling, many of which were exhibited at the Station Gallery in Lock Haven.

Rita and Steve share a working studio space together at the Pajama Factory which doubles as a classroom one or two days a month.

â€œAt the Factory, we met a lot of talented people who also lease studios and work in many mediums,â€ Rita said. â€œRalph Wilson, a photographer at the Factory, was also the coordinator of exhibitions for the Factory Works Gallery. We were talking with Ralph about traveling and creating works of art inspired by our journeys â€” and thatâ€™s how this exhibition came to be.â€