Woodshop gets veterans connected with each other 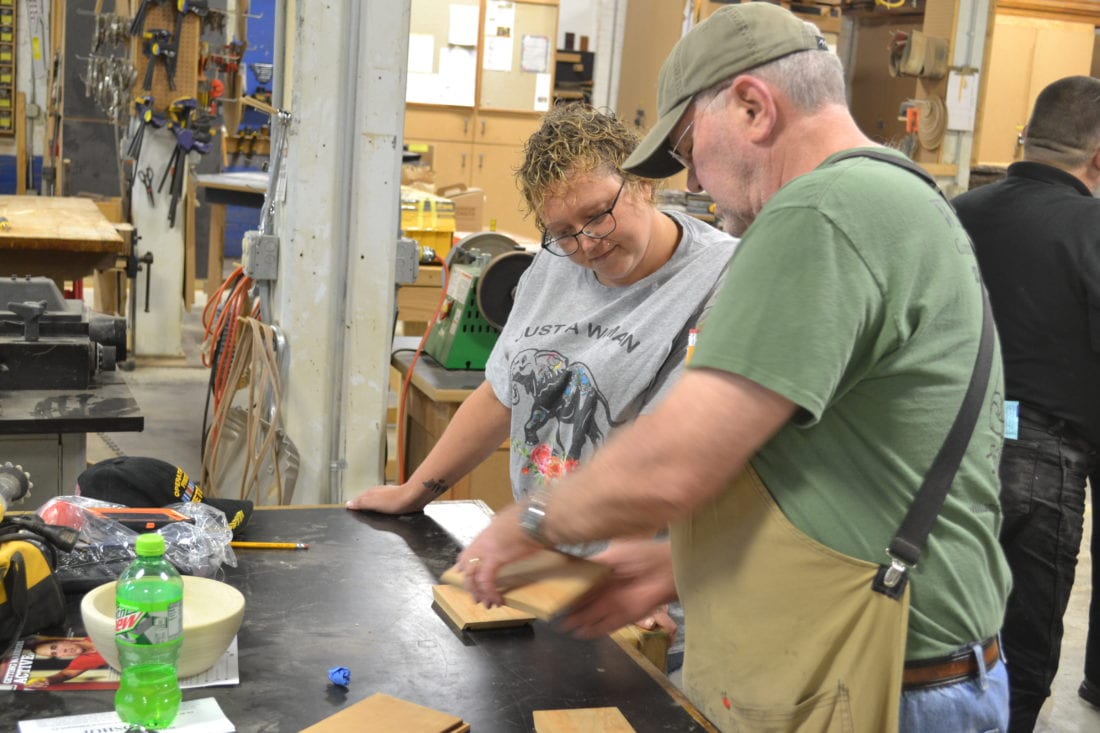 On most crisp fall mornings, the whirling of machines, hammering and laughter emanate from a woodshop on Memorial Avenue and area veterans joined the clattering chorus on Saturday.

The Williamsport Community Woodshop, in the Pajama Factory, often opens it doors to veterans with the Wounded Warrior Project.

Tim Higgins, a retired corporal of the Armyâ€™s 101st Airborne, volunteers his time at both the woodshop and Veterans Affairs to coordinate events.

â€œI just wanted to offer a program to try to get vets to come and talk to other vets to understand what theyâ€™re going through and see if thereâ€™s anything else we can help them with,â€ Higgins said. â€œI found that you never see any veterans that are all shut in, when youâ€™re in the military, you have someone to watch your back at all times you know whatâ€™s going to happen and then on one day they say youâ€™re discharged. Some of these kids, they just donâ€™t know what to do.â€

Higgins said the goal is to get veterans to come and talk to other veterans who understand what theyâ€™re going through and see if thereâ€™s anything they need help with.