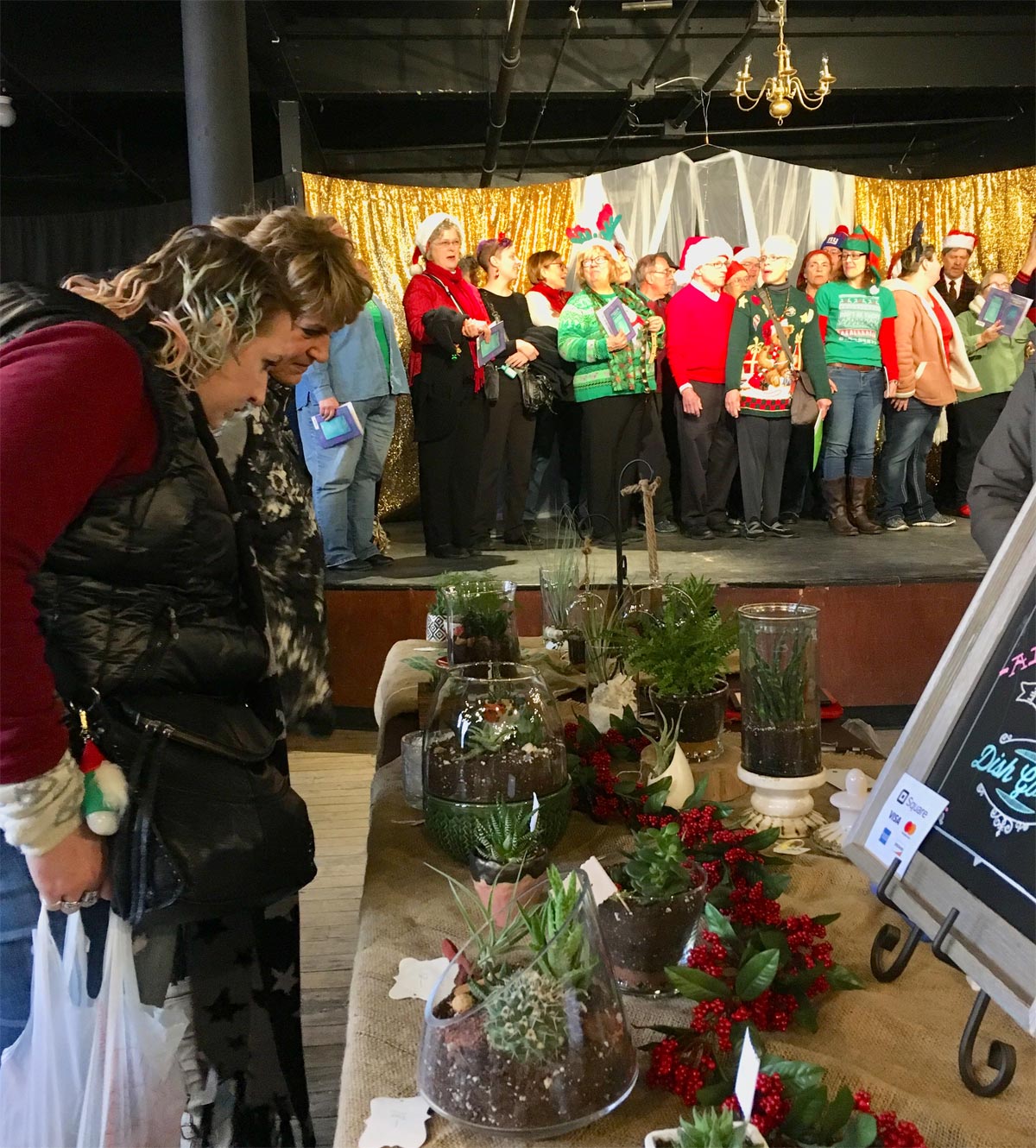 The Holiday Market this year was the most successful we have ever had with over 70 local artisans, craftsmen, small businesses, live music, special art exhibits and demos, traveling choirs and of course, Santa! 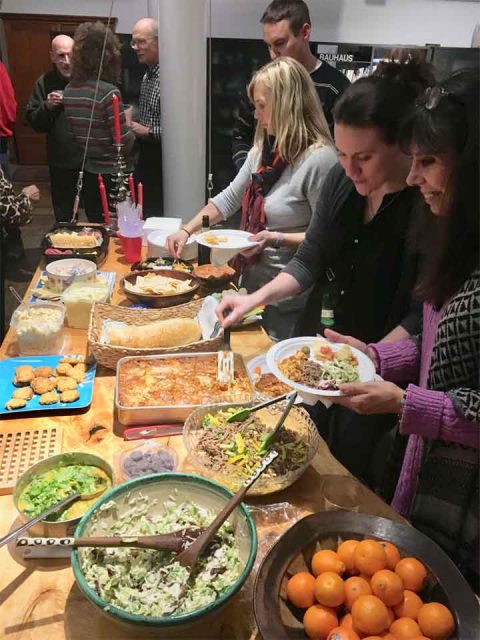 We have never seen so many people join us for this event and we look forward to an even more successful event next year!

The end-of-the-year tenant potluck gathering for the Pajama Factory community included lots of great food and a chance for folks to meet more of their neighbors. It was a great way to end the year and to kick off 2019!

The 8th Annual Blues Bash event (held December 30th each year) was another huge draw to the Pajama Factory this holiday season. Produced by Enduring Star Productions and Pajama Factory, this fundraising concert benefited WXPI 88.5 Community Radio Station (a non-profit located in the building) and raised over $1100 for their ongoing programming. The event featured local talent Stacia Abernatha & Gabe Stillman,plus an Eric Clapton tribute with Sean Farley and David Lynn, Miss Melanie & the Valley Rats from State College, and the headliner, Americaâ€™s oldest touring blues band, The Nighthawks. We even had a surprise visit and performance from Billy Price, 2016 Blues Music Award Winner and officially recognized and inducted as a Pittsburghâ€™s Rock â€˜n Roll Legend. And a huge thanks to Curt Musheno and WXPI for publicizing the event, leading to increased ticket sales and to our MC of the evening, Rick Mason who also took the great pictures!