The elevator passed the state inspection on Thursday March 19th.

Comments Off on Finally!!!

The Boom Town Boys recorded live at the Pajama Factory 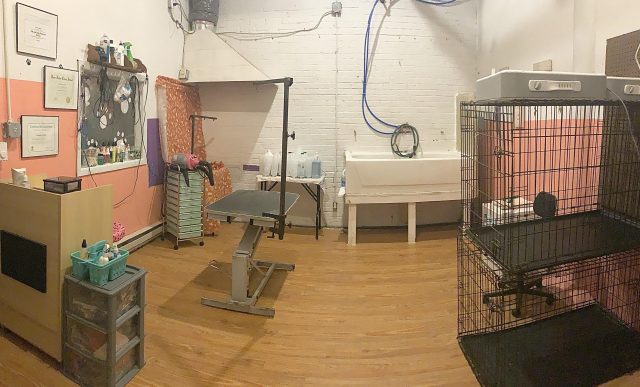 C&C Grooming, located in the ground-level of Building 7 on the corner of Memorial Ave & Cemetery St, is celebrating their one-year anniversary this December!

Are you looking for a new groomer for your pet? Is your pet having a hard time grooming themselves? Is your pet scared of other dogs or animal aggressive? Or maybe, they just get over stimulated? C&C offers one-on-one appointments in their private 250 sq. ft. studio and can work individually with each pet to cater to their grooming needs. Give Summer a call at 570-252-9900. She cannot wait to meet you and your furry friend!

Learn more and even book your appointment online, by visiting ccgroomingwilliamsport.com or follow them on Facebook. Saturday and evening appointments available, and don’t forget to book the $5 nail trim – they’re a customer favorite!

Comments Off on C&C Grooming celebrates their one-year Anniversary 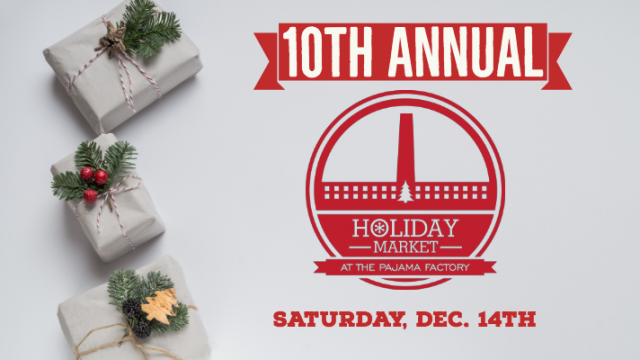 Our selection committee was blown away by the amount and quality of this year’s applicants!

We had nearly 100 applications this year. Our goal with the Holiday Market is to celebrate one of our core values, Entrepreneurship, and to keep local dollars local by supporting artists, craftsmen, and small businesses like our vendors listed below.

Join us on Saturday, December 14th from 10am-4pm and find something truly unique for your loved ones this holiday season.

Make sure you stay up-to-date on all the happenings by following us on our Facebook page @PJFHolidayMarket.

Comments Off on Announcing our 2019 Holiday Market Vendors 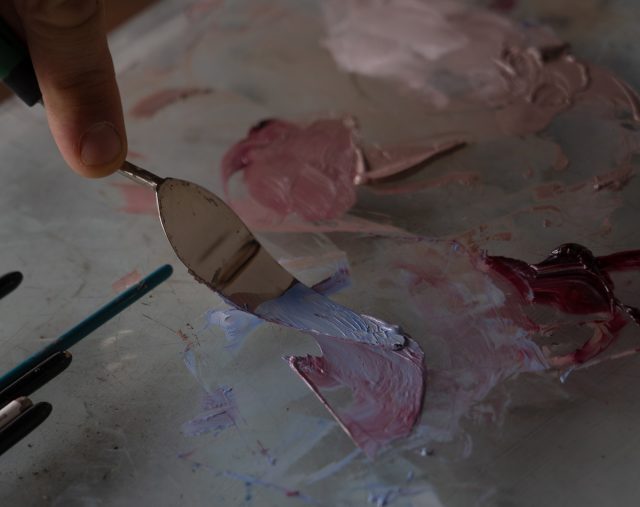 Creative Makers of the PA Wilds: ‘A Citywide Exposition’

The PA Wilds Center for Entrepreneurship, Inc. and Wilds Cooperative of Pennsylvania are proud to announce that the Creative Makers of the Pennsylvania Wilds â€“ A Traveling Public Art Show will be featured in three venues across the City of Lock Haven in September 2019.

â€œThis is the first time the exhibit has been displayed in this multi-venue format, so weâ€™re calling it the Creative Makers of the Pennsylvania Wilds: A Citywide Exposition,â€ said Abbi Peters, Executive Vice President of Creative Industries at the PA Wilds Center.

The exhibit, which celebrates the artisans and producers of rural Pennsylvania by bringing processes that are often completed behind the scenes, in the rolling hills of the Wilds, to public spaces, will be displayed at:
â€” Avenue 209 Coffee Shop, 209 Bellefonte Ave., from September 3 â€“ 30.
â€” Lock Haven Universityâ€˜s Bentley Gallery, 401 N. Fairview St., from September 3 â€“ October 5.
â€” The Station Gallery, home of the Clinton County Arts Council, at 2 E. Bald Eagle St. in Lock Haven, from September 13 â€“ October 5.

An opening reception will be held at the Station Gallery from 6-9 p.m. on Friday, September 13 to kick off the exhibit.

â€œWhen spread across the three venues, the entire show will feature more than 330 images of 82 artisans, creative entrepreneurs and cultural events, demonstrating the breadth of skill and talent in the Pennsylvania Wilds,â€ Peters added.

â€œThe portion of the show exhibited at the Station Gallery will be part of the Clinton County Arts Councilâ€™s biannual Art in the PA Wilds Exhibit, which typically showcases finished works by artisans from across the 13-county region. This yearâ€™s exhibit will for the first time integrate images of Pennsylvania Wilds creative makers in the process of crafting their artworks and products â€“ providing an opportunity for people to see the processes behind a finished piece,â€ explained Carol Cillo, president of the Clinton County Arts Council.

Artisans featured in the exhibit are juried artisan members of the Wilds Cooperative of PA (WCO), one of rural Pennsylvaniaâ€™s largest networks of creative entrepreneurs, which is managed by the PA Wilds Center.

â€œThe Pennsylvania Wilds region covers about 25 percent of the Commonwealth, but only about 4 percent of the population calls it home. A while back, it became a mission of the PA Wilds Center and the WCO to help share the stories of the artisans and makers, as well as how they create their products,â€ Peters explained. â€œThis is what led to the Creative Makers of the PA Wilds â€“ A Traveling Public Art Show.â€

The Pennsylvania Partners in the Arts (PPA) has supported this project for the past two years, helping the PA Wilds Center contract with five photographers from the region to document creative makers, including: Bill Crowell, Doug Bauman, Karen Heltzel, Katie Weidenboerner-Deppen, and Tracy Smith. So far, the show has been exhibited in five public spaces across the PA Wilds, as well as the Capitol Rotunda Gallery in Harrisburg.

Details about the Creative Makers of the PA Wilds Exhibit can be found at www.wildscopa.org/creative-makers. 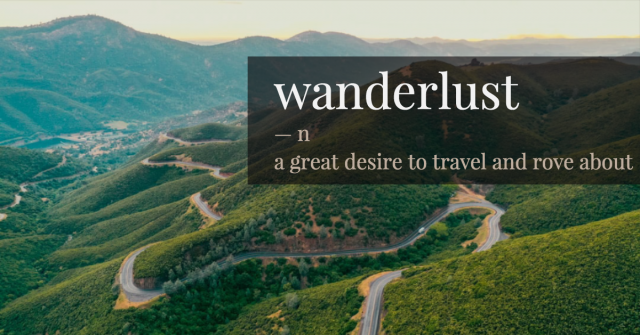 The Susquehanna Greenway Partnershipâ€™s Heart of Williamsport project has been collecting stories from our diverse community to identify what people value about living here and what they would like to see change. Eight focus groups generated action ideas based on our communityâ€™s values to guide in local decision making. Expanding bus service options was one of these priorities.

â€œThe next phase of development for the Heart of Williamsport project is about taking action,â€Â  said Alice Trowbridge, Project Coordinator. â€œIt is about identifying key organizations and individuals we can partner with to do the work needed to produce results.â€

The Pajama Factory has developed a plan to bring direct city-to-city bus routes to Williamsport. It starts with a survey to see exactly what people would like to see and gather the hard data to present to potential partners on the project.  If the data shows that residents from our region have an interest and a need for direct city-to-city transportation, finding the bus line to make it happen will be much easier.

â€œWe are asking people to participate in our survey,â€ said Mark Winkelman, Owner of the Pajama Factory. â€œOnce we know what the majority of folks are looking for, and we have the numbers to prove it, we can go out and shop our bus routes to different companies, such as Megabus, Boltbus, or Ourbus.com.  When they see there is a viable market, we believe it will only be a matter of time before these bus routes are realized.â€

Take our Survey
Comments Off on Take our Bus Survey 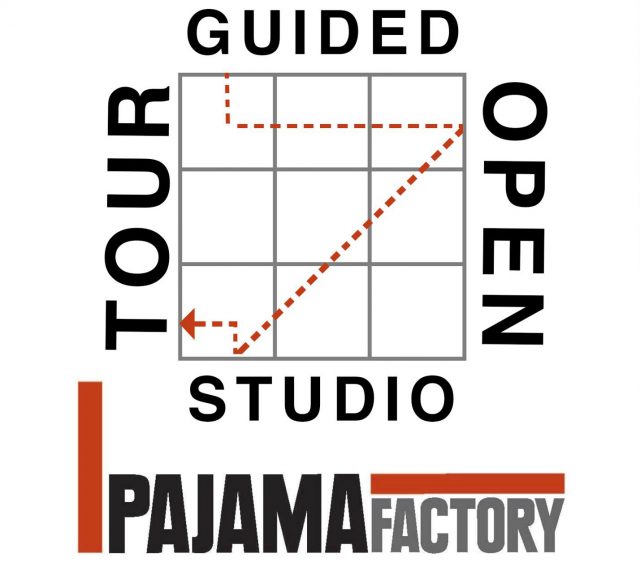 Come explore the Pajama Factory complex! Learn more about the rich history of this converted factory and visit with some of our artists and small business owners on a FREE guided walking tour.

Tour groups will meet at 5pm in our Rose Street parking lot on the corner of Park Ave. and Rose St. From there, you will be taken on a 30min walking tour of the complex and will have the remaining time to explore and visit our tenants in their open studios. 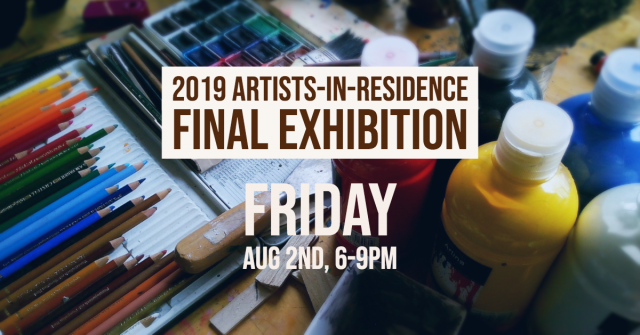 For one night only, both local and national artists come together to present their final works.

Please join us for the culmination of the Pajama Factoryâ€™s 8-week Artist-in-Residence program. The artists, who hail from Las Vegas, New York City, State College, Bloomsburg and our very own Williamsport, will be presenting readings and performances in PJF Community Room at the top of every hour while visual and fine artists will be on display in the Factory Works Gallery (@FactoryWorksGallery) located on the 2nd floor, Studio 9-210N.

Chosen to participate in this yearâ€™s program through a curated process, each artist was asked to provide one outreach component for the public and state what they hoped to accomplish during their time at the Factory. They have created works in mediums as varied as painting, fiber arts, printmaking, digital and new media, photography, writing and performance. They represent a diverse array of practices emblematic of the spirit the Pajama Factory Artist-in-Residence has embodied since it inception in 2009.

This yearâ€™s artists are: Rachel Cualedare, Kay Leigh Farley, Rowan Shaffer, Sigfried Aragona, Sarah Foster, Sophie Najjar, and Sheilagh Weymouth. The artists themselves will be in attendance to discuss their work. Light refreshments will be served.

We hope youâ€™ll join us, Friday, August 2nd from 6 to 9 pm, for this final closing exhibition. To find statements regarding their work as well as biographical information, please visit the 2019 Final Exhibition page on the air.pajamafactory.net website.