Excitement stirs with next phase of Pajama Factory

Owner Mark Winkelman is well on his way already toward his goal of creating a thriving creative incubator in that block of buildings that for years sat mostly vacant.Â  Heâ€™s been at it for just over a decade, having purchased the complex in 2008. So far, he has realized success in renting 130 spaces within the complexâ€™s 300,000 square feet. Although known primarily for its role with the arts, a majority of the space so far has been rented to small businesses. …

Next up will be loft residences and a destination restaurant with indoor seating, a courtyard and rooftop dining. Plans are to add more retail space adjacent to the restaurant and an environmentally friendly rain garden on the roof to help control stormwater runoff.

Winkelman expects the next phase of his project to cost up to $4.5 million. Toward that end, he is eligible as a private business to be a sub-applicant with the city for the state matching grant that will reimburse him with up to $2 million for construction costs.

The RACP program is intended to spur economic and cultural development that may not otherwise happen without funding assistance.

To read the full article, please click on the link… http://www.sungazette.com/opinion/editorials/2019/08/excitement-stirs-with-next-phase-of-pajama-factory/

Owner Mark Winkelman proposes up to a $4.5 million repurposing of the factory at 1307 Park Ave. with a restaurant, which will have rooftop dining, additional paved parking spaces, lofts for work/living and a rain garden to help with stormwater runoff.

Over the past decade or so, the factory has provided work space for artists in a variety of formats. There is also a small coffee shop at the lower level, Way Cool Beans â€” a gathering spot to have a cup of java and chat with some friends or listen to music. Winkelman said the restaurant will have a similar â€œvibe.â€

The grant was awarded by the State Office of Budget as a way to repurpose the facility into more of a mixed-use approach.

He would like to see initial construction begin in winter. For tax credit purposes, the project is to be done in two years.

â€œI believe that one of the reasons the Pajama Factory was selected is because we have consistently expressed a vision for broad economic development with the Factory playing a central and driving role in that vision,â€ Winkelman said.

To read the full article, just click on the link… http://www.sungazette.com/news/top-news/2019/08/pajama-factory-to-build-rooftop-restaurant-more-with-state-grant/ 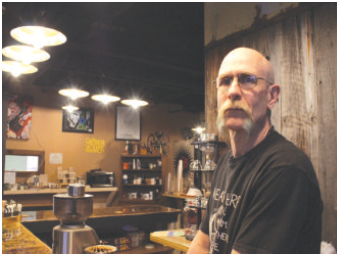 Williamsport is a city rich in community and collaboration. A perfect example of this kind of community can be found in Way Cool Beans, a coffee shop located in the Pajama Factory, 1307 Park Ave., Building 6, Suite 1. Todd Foresman, owner of Way Cool Beans and hospitable friend of many, has created distinct collaborations with two chocolatiers and one brewery in the area – Langâ€™s Chocolates, 350 Pine St., Therapy Brewing, opening May 2019 four miles north of Pennsdale on QC Road; and Purity Candy, 18047 Route 15, Allenwood.Â  Although these collaborations can be considered new, Foresmanâ€™s roots with Langâ€™s, Purity and Therapy run deeper. 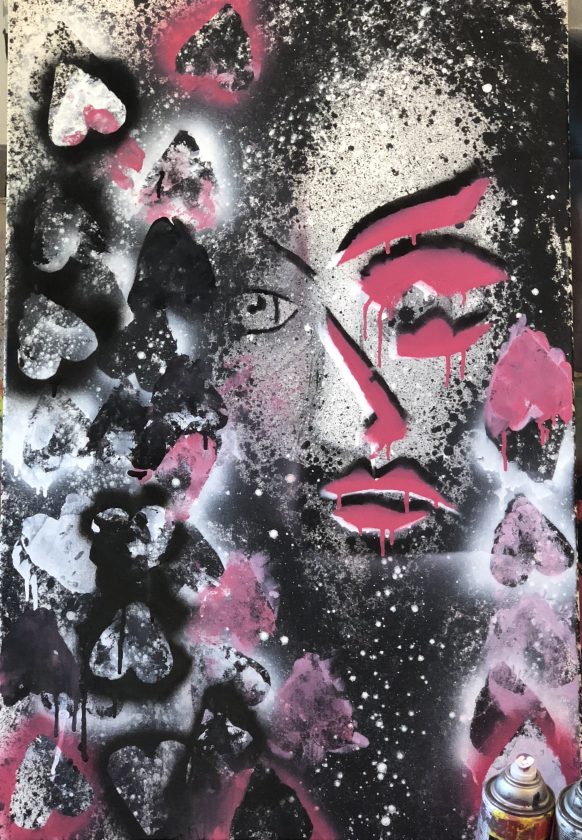 In the Blogs & On the web

Williamsport Beyond Baseball: The Pajama Factory

TheÂ PajamaÂ Factory started out in the 1880s, as a rubber company. Later on, hundreds worked here making Keds sneakers.Â Â In the 1930s, the WeldonsÂ PajamaCompany moved in. The eight-building complex would grow to become the largestÂ pajamaÂ factory in the world.

A set is on display inside Todd Foresmanâ€™s Coffee shop on the ground floor, where he takes pride in his work.

â€œWhen you are cooking for people that you care about, you make a better meal.Â  Itâ€™s the same with the coffee.Â  I really love what I do.Â  I really do believe I have the best coffee in the state,â€Â said Todd Foresman, Owner,Â Way Cool Beans Coffee Shop

Toddâ€™s landlord is property owner Mark Winkelman, an architect from New York.Â Â Heâ€™s renovating theÂ PajamaÂ Factory and turned part of the building into his home away from home.

â€œWeâ€™ve owned it for twelve years.Â  Itâ€™s been a continuous renovation effort.Â  And we will continue for many more years.Â  I like the slow growth, the organic growth aspect of that,â€ said Mark Winkelman, Owner of theÂ Pajama Factory. 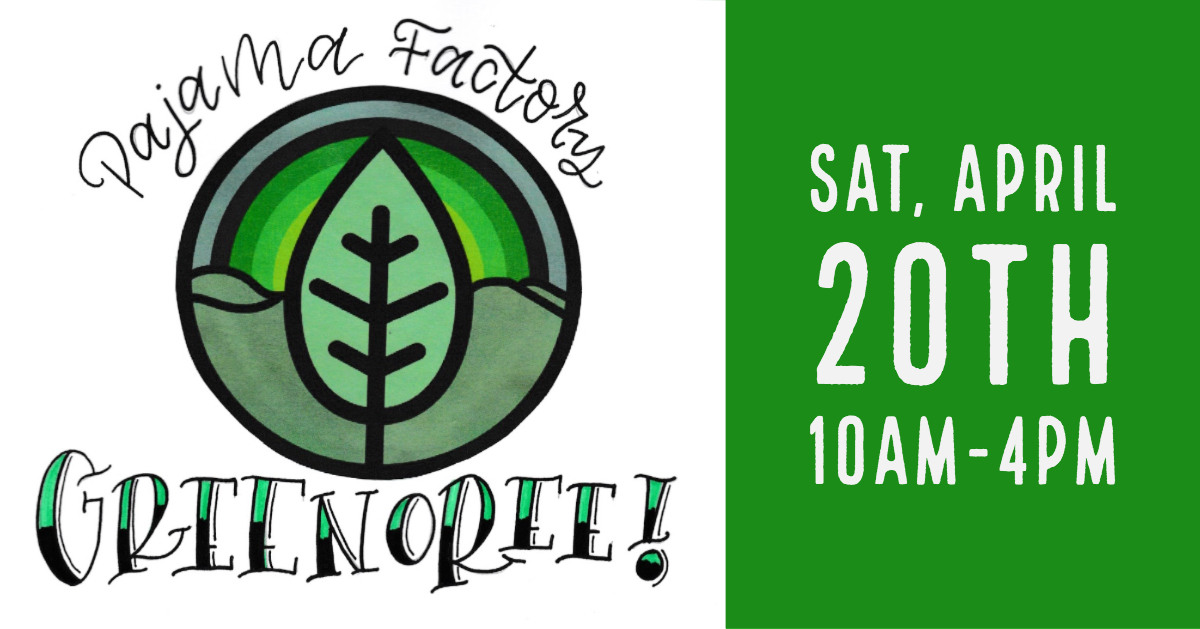 The Pajama Factory’s annual Spring Festival is back and bigger andÂ better than ever. The Green-o-Ree Spring Festival is located at 1307 Park Ave., Williamsport, and will take place from 10 a.m. to 4 p.m. Saturday, April 20, 2019. Free admission and family friendly.

At the Pajama Factory, sustainability is a core value, and we wanted an event to celebrate just that. With more local, eco-friendly vendors, an egg hunt for the kids, and upcycled art demonstrations, this event is sure to be fun for the whole family. 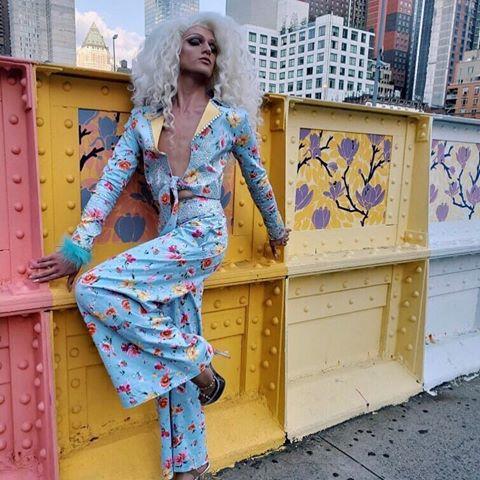 Advance tickets by credit card are $20 for 10 games by callingÂ 570-322-8448Â ext. 0 or $22 at the door.Â  The evening will feature prizes, 50/50 raffle, light snacks and BYOB.Â  Laurel Charleston, a State College based entertainer, will perform for the event.Â  All proceeds benefit the valuable programs of AIDS Resource. 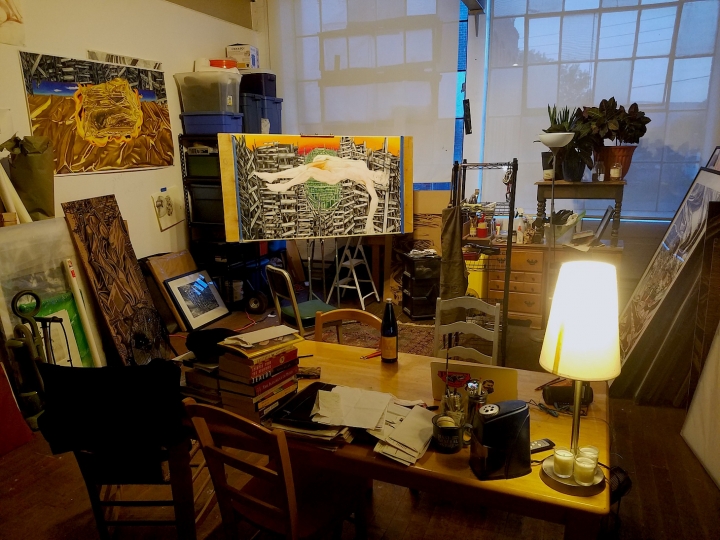 “My space is one of many artist/creator spaces that have been built inside a large old factory in Williamsport, PA (the factory that made Keds sneakers back in the day). My studio is the best space Iâ€™ve ever had to work in â€” 400 square feet, 14-foot ceilings, large windows, open, safe, free wireless, track lighting, relatively quiet.

Like many artists, I have at least a couple pieces developing at one time, which the open layout allows me to do. Even though I tend so spend most of my time on one piece at a time until itâ€™s finished, I do move to another block to cut, or back to my easel for a drawing or painting Iâ€™m working on, or a preliminary drawing for the next large piece. I have an adjacent storage space as well, so if I need to get pieces out the of the way, I can easily move them. The pieces leaning against the wall are usually ones I need handy for shipment for an upcoming exhibition.”